Wine is something best enjoyed in the company of other people. The better the company, the better the wine seems a good and memorable adage. I’m reminded of this whenever I am asked to name the best bottle of wine I have ever had. Since I’m getting old and therefore have had time to drink thousands and thousands of different wines, that’s not an easy question to answer. I can remember the most expensive, a bottle of Chateau Margaux for which I paid the kind of money that would have bought me a pallet or two of eminently drinkable wine from somewhere else. I remember the most I have ever drunk at one time, several bottles in a session with friends in Africa which left me with a headache for nearly a week. I remember the most prescient choice I made when compiling our wine list; a bottle of Pinot Noir from California which was later chosen to be served as President Barack Obama’s inaugural lunch. I also remember dozens of great and/or interesting wines I have enjoyed with friends over the decades; wonderful New Zealand Sauvignon Blancs, patrician Grand Crus from Montrachet in Burgundy, majestic Cabernet Sauvignons from Napa Valley and breathtakingly good Pinot Noir from the Hemel-en-Aarde Valley in South Africa. 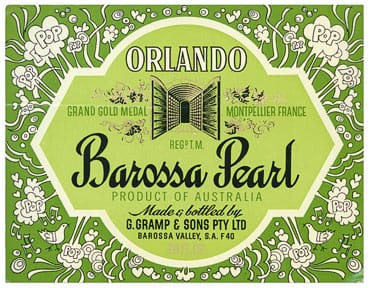 But the best single bottle? I think it would have to be a bottle of cheap, sparkling and semi-sweet wine called Barossa Pearl and widely available in Australia and New Zealand in the 1960’s. I was 19 at the time and I shared it with a pretty, clever and subsequently amorous girl just a year or two older than me.